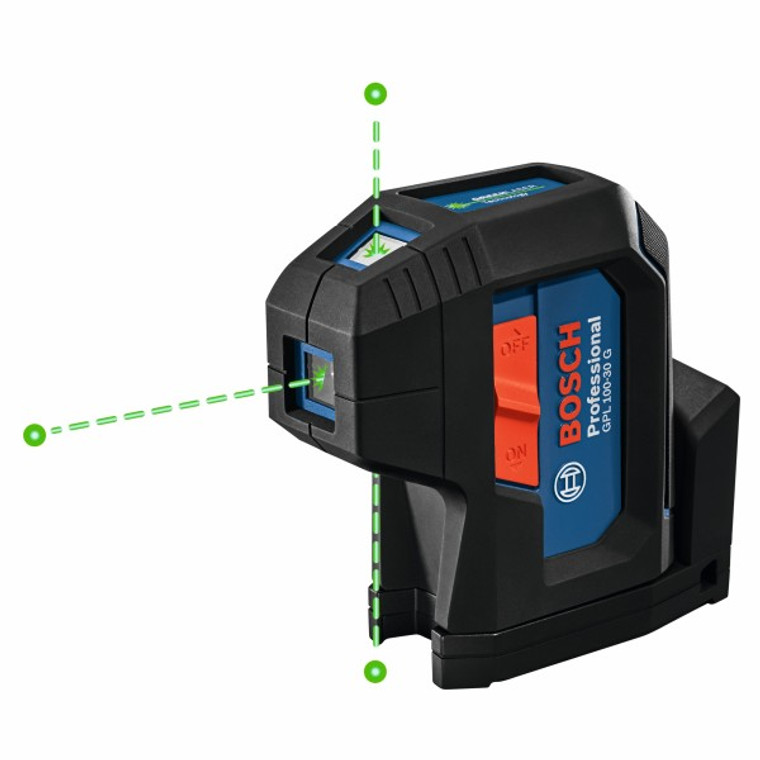 The Bosch GPL100-30G features a three-point, self-leveling laser with ±1/8 In. accuracy at 30 Ft. for up/down plumb, align and level applications. This unit features green-beam technology, which is up to 4X brighter than standard red beams. It also has the Bosch-exclusive VisiMax™ technology, which delivers maximum beam brightness in most jobsite conditions. The unit includes point projection to the front, so it can be used in a variety of positions for flexibility on the job. It is faster than a standard manual plumb bob. The unit includes several durability features, such as the Smart Pendulum System to lock the laser when switched off, 360 degree rotation, a hard carrying case and full rubber overmold housing. The integrated multipurpose laser mount features strong magnets and allows the user to mount the laser virtually anywhere.

Please Note: Prices, promotions, styles and availability may vary by store and online. Inventory is sold and received continuously throughout the day; therefore, the quantity shown may not be available when you get to the store.